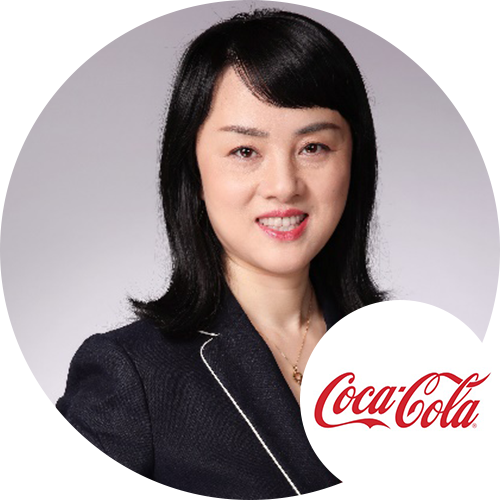 Amy Song is the R&D Director in APAC R&D Center for the Coca-Cola Company. In this capacity, Amy is responsible for Stills innovation for APAC and innovation strategies for Greater China & Korea BU and ASEAN BU. She joined The Coca-Cola Company in 2001 as R&D Manager for Asia Pacific R&D Center, responsible for product development in Greater China. She subsequently held positions of increasing responsibility including Director of Dairy and Tea R&D for APAC; Director of Dairy and Tea R&D for Global; and Director of Global R&D Strategy and Operations at Headquarters in the US from 2015-2017. In 2017, Amy returned to China to take up her current position. With 20 years of experience in beverage innovation and R&D management, Amy led the team to launch hundreds of new products for the global markets and created two Billion-Dollar beverage brands for The Coca-Cola Company, and won a few President Innovation Awards in China and Globally. Before joining the Coca-Cola Company, Amy worked at the Bioengineering Research Center of the Chinese Academy of Sciences, engaged in vitamin bioengineering technology research and international cooperation, and then joined the Want Want Food Group R&D Center as R&D supervisor. Amy holds a Bachelor of Food Science and Engineering from Nanchang University. After graduation, she studied Bioengineering under Academician Lun Shiyi and Chen Jian in Jiangnan University and obtained the master’s degree. She then studied at the CEIBS for GEMBA.